I was recently nominated for The Booker Award by the delightful Maureen, author at Magnolia Beginnings, and although I never accept blogger award nominations – my ego being already over-inflated – this one had me thinking about all the wonderful books I have read over the years.

Here is a list of my top, all-time five: 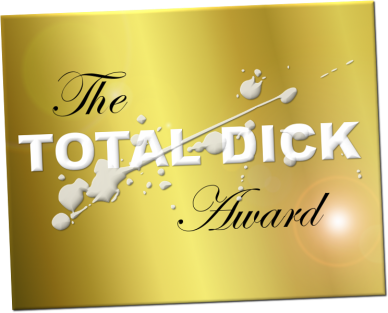 The rules are simple:

I’m not going to nominate anyone for this award, I don’t think any of you deserve it. If anyone wants to nominate themselves though, I’d love to see that…

Make friends with your demons

I don’t do the blogger award thing as a rule, I worry about the exponential growth inherent in such systems. Do the math; if every blogger given an award nominates seven other bloggers, and they each nominate seven more and so on, then within two weeks, every WordPress blogger on the planet will have received that award (there are over 72 million WordPress blogs). Within a month, we will have all been nominated over a 100 times.

Now, don’t get me wrong, I love being nominated, I love having my ego stroked, (although I prefer to have it sucked,) and I get so flattered that I have to jack off every time I get a nomination, and that’s the problem, too many awards and my ego would just collapse under the weight of all that love and I would most likely be discovered dead by my cleaning lady, having drowned in my own semen. Not a pleasant clean up job for anybody, as I’m sure you can imagine.

However, today I am making an exception and not because I think I am worthy of the award but because of who has nominated me: the wonderful Gypsy, author of the outstanding Through my eyes: Adventures in Borderline land. Her blog truly is outstanding, unlike my trivial and masturbatory attempts at entertaining you, her blog is a powerful, poignant, heartfelt and heart-warming journal of her struggles and victories over Borderline Personality Disorder.

Gypsy nominated me for the “Outstanding Blogger Award”, the rules are as follows:

Thank you Gypsy: your blog is just awesome. It is straightforward and honest and bursting with emotion and you have helped far more people than you realise by documenting your life so bravely. Thank you.

Thank you also for encouraging me to write this next bit. Its about something I’ve never written about before (well not publicly) and if it weren’t for you, I may never have.

Something important: I was an addict. For years, I threw a large chunk of my adult life down a big dark hole. I have never written about it before because I still carry a lot of shame for having wasted so much of a life who’s every second should be savoured and not squandered.

Addiction nearly killed me, it turned me into a liar and a thief and a cheat and a rascal. I lied and stole mostly to and from the people that loved me the most, well, who tried to love me anyway, its not easy to love someone when they hate themselves. In the end I drove everyone away with my snivelling self-pity and misdirected anger.

Every day I would wake and promise myself, ‘no more’ and every day, before noon, I would have failed. The failure sapped me dry Every day, month after month, year after year, failure after failure. I lost all faith in myself. My soul nearly disappeared, I nearly extinguished my own humanity. In the end there was just this tiny, flickering spark of it left, cowering deep inside me.

One day, I decided to face my demons head on. It was that or die. seriously. I tossed a coin: heads, I go seek help (again), tails, I end it all. You can guess how it landed, and I re-entered that mill of detox and rehab and therapy and those fucking rooms. Somehow it clicked, and is still clicking five years down the road. Maybe it was because I had driven everyone away and had to do it on my own. Maybe it was because I knew the alternative was to die, but actually I think it was because I discovered the true nature of my demons. They were not the fearsome devils of my nightmares. They were not powerful angry, ugly monsters. They were me, me when I was young, and hurt and sad, the neglected me and the scared me. They were little me and they hurt. They didn’t need battling, they needed  loving and accepting.

I didn’t really change, and I’m still a complete shit-bag – just ask any woman I’ve ever dated – I just learned to accept me and enjoy being me, love me even. Life hasn’t really changed that much either, there is still as much sadness and pain as there ever was, but there is laughter and love too.

Nominate other bloggers: I’m not going to nominate anyone else for this award, and its not because I don’t want to, its just that I don’t know who to nominate, because I never actually bother to read any of the shit you all write.

Thanks again to Gypsy for the honour. Everyone please visit, like, comment and follow her wonderful blog, or I will have you brutally killed and your corpse fed to your pets in front of your children.

I don’t do awards

I don’t do the blog award thing any more. I did some maths and it turns out, with over seventy-two-million WordPress blogs, that if one blogger nominates seven other bloggers, and so on, then within three months, we will have all been nominated 715 times. There is something of the chain letter about this that I don’t like.

Now don’t get me  wrong, I feel so very flattered, when someone nominates me for a blogger award. I love to have my ego stroked, although, if I’m honest, I prefer to have my ego sucked, and then licked clean while I watch you stroke your ego.

Now, I swear I will never do this again, but the wonderful Bird, of some site somewhere, nominated me for the “Some bloody Award or Whatever” award, and just because she is so awesome, I will respond… Ok the rules are, I have to say seven things about me and then nominate some other bloggers or some such shit. Ok…

I’m  not gonna nominate anyone. I would like to, but I never actually read the shit you folk write. Nevertheless, I want o give a shout out to two fantastic blogs:

She Shine On: fantastic, sexy and clever poetry.

Diirrty: naughty and witty and raw and, well, dirty.

Read them, follow them and love them, or I will have you killed.

Something sad happened tonight, I lost someone – a friend of mine’s dicksplash husband got them so in debt that she had her phone and internet cut off. I will miss her and I felt like not blogging at all… but life goes on, eh?

WHAT THE PRESS SAID:

“There’s no way you’re going to get a quote from us to use on your blog.”
The Guardian

“You can say that we’ve never heard of you, if you like.”
The Times

“We don’t understand what it is you’re asking.”
The Telegraph

This blog is for adults.